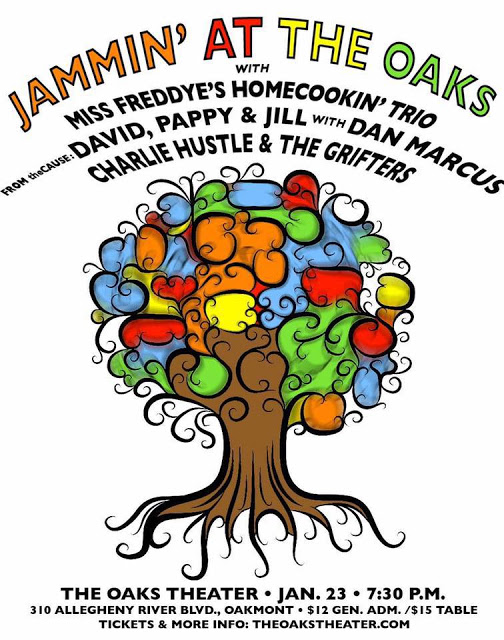 “Charlie Hustle & the Grifters brings together four Pittsburgh musicians under the banner of heady musical synergy. Its members include guitarist Peter Flynn and upright bassist Trish Imbrogno of The Grifters, drummer Dave Varasse from one of Pittsburgh’s premier funk bands, the Old E Allstars, and guitarist Patrick Varine. The quartet comes together and forms like Voltron! … if Voltron consisted of two guitars, upright bass, drums and a fond desire to blend rock, folk and the blues into a gritty, tasty stew.”

Charlie Hustle & the Grifters are a jam/blues band from Pittsburgh who are part of a cool event coming up on Saturday (1/23). at The Oaks Theater in Oakmont. Get on your dancin’ shoes and find out all the info here. I want to thank Patrick Varine (Guitar/Vocals) for taking the time to participate in this edition of First/Last.