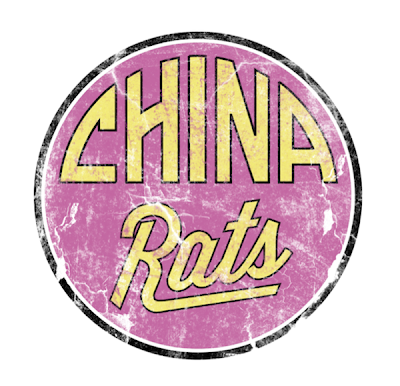 “In July of 2012 China Rats, an unheard of band from Leeds in the UK, were booked to play the tiny Villa Camp stage at massive European festival BENICASSIM the night before the start of the main festival. The result was an impromptu mosh pit and a festival booker who wished he had booked them for the main festival. Except the following day, Bat For Lashes, who were booked to headline the 2nd Stage, couldn’t make it onto the site and the festival booker had his chance. China Rats stepped up to the plate, bigger mosh pits ensued; it is the stuff of Rock n Roll folklore. China Rats formed in Leeds in the Summer of 2011, released their debut EP To Be Like I in May of last and quickly earned the attention of BBC Radio 1’s champion of new bands Huw Stephens as well as a flurry of European radio support. As well as “To Be Like I” Stephens also fell for the band’s song “N.O.M.O.N.E.Y” and a demo of the song was playlisted on the BBC Introducing List on BBC Radio 1 less than a year after the band formed.”

Check the band out at their official Website, Facebook, Twitter, SoundCloud and YouTube. Dirty Rock-n-Roll never goes out of style, IMO. These are one of those ‘bands to watch’ and all of you reading this can bump up your indie-hipster-cred when you casually claim, “Yeah dude, I saw them on HughShows back in the day. Another PBR, bro…” My thanks to Graeme Thomson (Lead Vocals/Guitar) for taking a few minutes to participate in this edition of First/Last.

Thanks, Grez. Love what you guys are doing. Hopefully, Pittsburgh is on the radar in the future, dude!