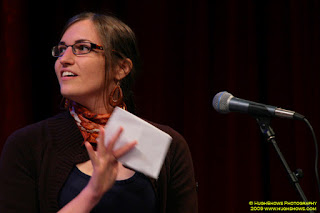 I have been ‘unofficially’ shooting shows for WYEP-FM for two years now and I am celebrating this week by bringing you a special series of First/Lasts with the station’s on-air personalities. We begin today with Cindy, a Boston native who hosts the Morning Mix on WYEP. My thanks to her for participating in this edition of First/Last.

Thanks, Cindy. My favorite Pittsburgh thing just might be seeing you at every concert…well, your waving hands at least!