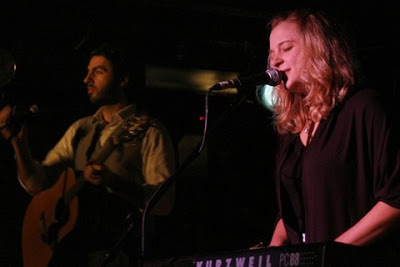 Misty and Nick are singer-songwriters who have shared the stage many times. They are collaborating on a project they are calling ‘Clyde’ named for a “deep, quiet shadow of Central Texas between Eula and Abeline on Highway 20” and bringing their show to Pittsburgh this weekend. Also on the bill will be The Wandering Bears from Iowa and local stalwarts Brewer’s Row. Misty and Nick were cool enough to participate in this edition of First/Last.

Thanks so much Misty and Nick. I am with you both 100% in regards to the Hohman family. Awesome people in an awesome band.