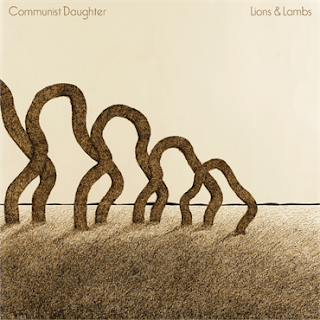 “In the mid 2000’s a young Johnny Solomon was a fixture in the tight knit Twin Cities music scene, forming the angular indie pop band Friends Like These and touring extensively, he received critical praise from far flung sources such as Time Out New York, the College Music Journal and numerous local articles and accolades, including a City Pages cover story that looked like the beginning of a promising career. The rising success of his band masked his rising struggle with addiction and mental health problems, and quickly eclipsed his career, landing him in jail. By the end of 2007 he had retreated to a small town across the border in Wisconsin where he assumed his music days were mostly over. “Lions & Lambs” is hitting stores July 10th, 2012. A collection of deeply personal songs about addiction, regret and redemption, this release hopes to introduce the world to a clear eyed Johnny Solomon. Layers of instruments swirl around layers of lyrics that go deeply personal pulling listeners to their own memories of heart ache and heart break. Reminiscent of The Shins and Wilco or the Beach Boys and Blitzen Trapper, Communist Daughter and the “Lions & Lambs” EP will put Johnny Solomon’s hard charging band on the forefront of critics 2012 lists.”

The band’s long awaited new EP drops next week on Grain Belt Records. There are some cool bundles to pre-order now. I want to thank Johnny for taking time to participate in this edition of First/Last.

I’m a younger brother, so most of my music was hand me down stuff. It’s hard to remember which ones I bought and which ones were just on the stereo. I know for sure my older brothers got me into Zeppelin III And I had a Johnny Cash 8 track on an ancient stereo that was my dad’s. But I think the first purchase I made was either Def Leppard or Anthrax…pretty standard for a small town kid. My first proper albums when I bought a record player were Elton John’s “Goodbye Yellow Brick Road” and The Beach Boys’ “Pet Sounds”.

I don’t buy a lot of newer music nowadays, not for any music snob reason, just cause I’m broke, but I traded new vinyl with Kid Dakota so I got that, but the last thing I bought was a Ted Hawkins album cause that song ‘Sorry You’re Sick’. I’ve never heard a better song that sums up loving an alcoholic.

Hands down, Sam Cooke “Live at Harlem Square Club, 1963”. Hands down. I could listen to it on repeat forever…Forever.

Eh, I don’t know. I have to love a band to be disappointed by them, so it’s hard to say. Sometimes you put so much faith in a band because of one album that you aren’t ready for a second album. I was that way for The Shins, or Spoon, but the problem was in my own head and heart. I love those bands and I learned to appreciate each album on its own. But I always wanted a second Shins first album, if that makes any sense. I know now that there shouldn’t ever be one, that’s why I love the first one.

Martha Reeves and the Vandellas, The Turtles, and Franki Valli and the Four Seasons at Sandstone Amphitheater when I was 15. I was a strange kid.

The Hold Steady. I don’t go to shows much unless we play them cause I’m sober now and not that social. But there are still a few bands that I would go to see that I’ve never lost the magic of being a fan of. Craig Finn and the Hold Steady is one for sure. But I see a lot of bands that we play with, the last really impressive one was The Dig. They were really great. The whole band was into them and we were really happy to grab their CD.

Johnny Hermanson at a little place we used to have in town called The Firefox. It was a magical kind of show, the kind I could never re-live or expect to see again. He was a lot like what I imagine seeing Jeff Buckley was like. I couldn’t tell if I was sad or ecstatic or what. Then Lifter Puller at the Triple Rock, The Walkmen at the 400 Bar, Metric at The Fineline. When I was 21 and 22 the world was new and exciting.

They all blend together with bad shows I’ve played. So going to one doesn’t stand out but I played a show the day one of my best friends died, I got a call right before I went on stage and they weren’t 100% certain it was him, but when he didn’t show up to the show I knew. Every song that got later in the set it became more and more apparent. That was the worst concert I’ve ever been at in my life, and probably ever will be. Sorry to get heavy.

I played Pittsburgh with my old band. I like hard luck towns and Pittsburgh has that going. I’m a bit hard luck myself so I feel at ease in some of those parts of town. I remember liking it a lot. I remember lots of hills and a big blue collar feel to it. I want to go back sober so I remember a bit more.

Thanks, Johnny. Your music is extremely powerful, especially in context to your back story. So glad you are doing well. Come back to Pittsburgh, you’ll love it, I swear!