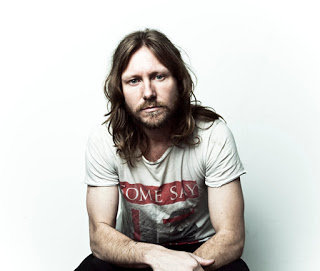 “Cory Branan is a natural-born storyteller. As with any of his musical and literary pedestal sitters, from John Prine and Leonard Cohen to Raymond Carver and Gabriel García Márquez, his seemingly conversational, painstakingly crafted anecdotes benefit from a hard-eyed stare at hydra-headed experience. MUTT—Branan’s Bloodshot debut—also bears the marks of his “American gumbo” heritage: a winding path from nascent guitar shredder in the small, state-line town of Southaven, Mississippi, to fledgling troubadour in Memphis’ lauded underground music scene, and now a Nashville-based itinerant road warrior thrilling Thunderdomes as varied as Warp’s Country Throwdown and Chuck Ragan’s Revival Tour. While his music tips its hat to road-map influences from Motown to Mellencamp, the Delta bluesmen to folk pickers of ‘60s Greenwich Village, the united result is a singular sound spurred on by years spent on tour honing something rare that is altogether its own.”

Cory brings his tour to Club Cafe one week from tonight for the late show with guests Audra Mae and Bluebird Midwest. My thanks to him for participating in this edition of First/Last.

Thank, Cory. The ‘green’ thing seems to happen a lot from out-of-towners.