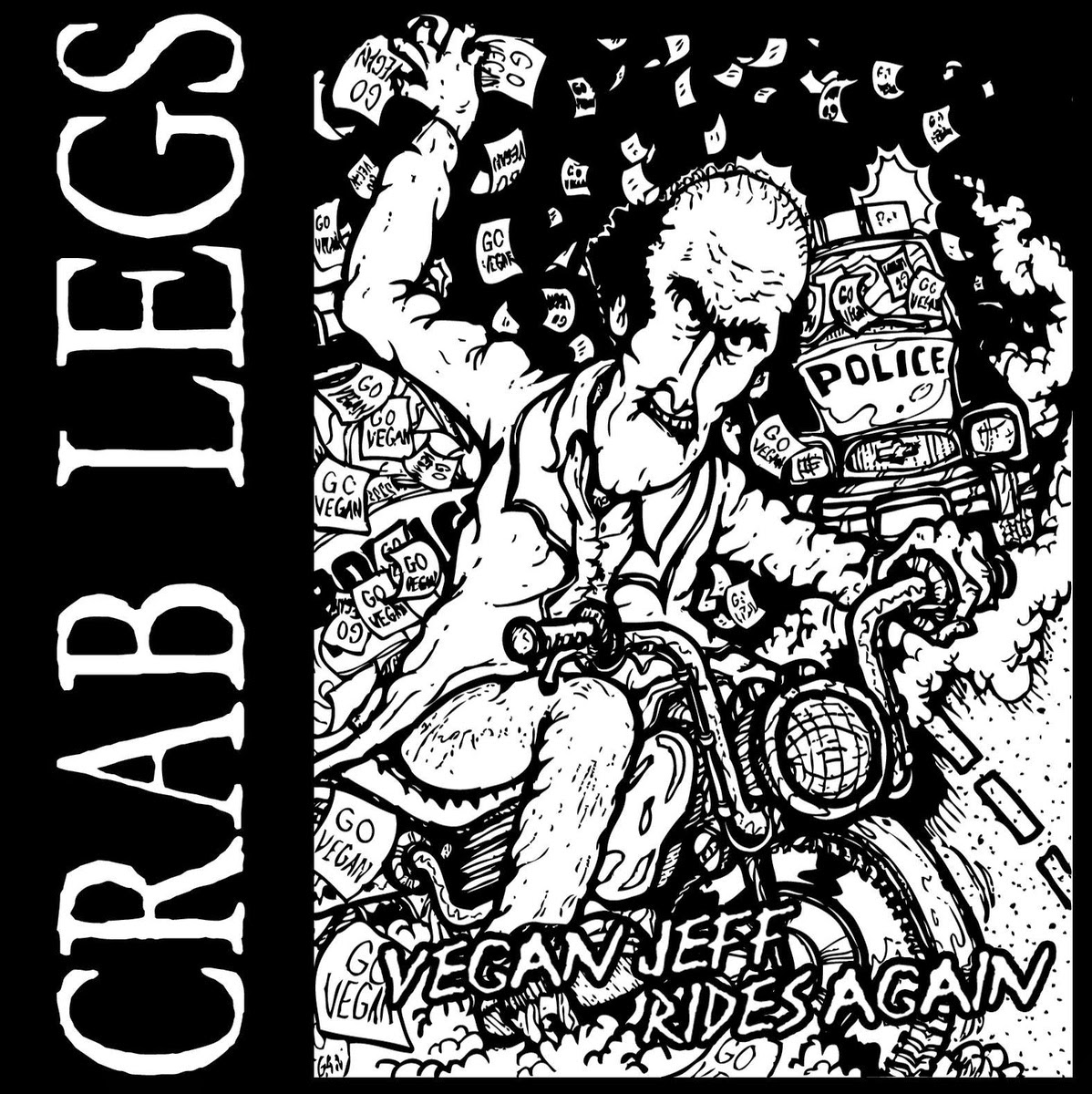 “circle pits, skate tricks, and hipster chicks = what we’re about it’s like mixing spoons and a seagull in a blender.. add a dash of circle pit, skateboarding, hating your job, and every day life and you have CRAB LEGS”

Crab Legs is an energetic punk trio form Fargo, ND. Check out their catalog and their latest single ‘Frost‘ from an upcoming split release due June 23. I want to thank BJ Moore (Drums) for taking the time to participate in this edition of First/Last.

The first album I ever bought on my own was either Guns and Roses “Lies” or Pearl Jam “Ten.”

The last digital album I bought was The Pears “Go To Prison.” We recently played with them and they blew me away. The last LP I bought was Baptists “Bloodlines.” Heavy, fast hardcore/metal that fans of Converge and Trap Them would enjoy.

Nirvana “Incesticide.” I love all of their records and rare tracks, but this has some of my all-time favorite songs (‘Sliver’ and ‘Aneurysm’).

Oh man, this is hard. The new Title Fight record bummed me out. That record or anything MXPX put out after “Slowly Going The Way Of The Buffalo.”

My first concert was Trenchmouth in October, 1994 at the Minot Collective Cultural Center, in Minot, ND. Trenchmouth was a post-hardcore band from Chicago that Fred Armisen (of SNL/Portlandia) played drums for.

Off With Their Heads and The Pears at the Aquarium in Fargo, ND.

Refused, Catharsis, Frodus, and Cavity in Greensboro, NC in October, 1998. Every band was amazing. Catharsis floored me. I finally got to see Frodus live. Refused was insanely good, and I found out that they had decided to break up the night before.

I’ve seen some pretty bad shows, but band names don’t need to be mentioned. If it involved the cops shutting the show down or a promoter being an absolute jerk, it probably ruined that show for me.

Pittsburgh is always a fun stop on the road. Crab Legs played a house show there last year and we had a blast. I love looking at the architecture there, and the hills remind me of my hometown. There are so many great local restaurants, and we love searching out great local spots on tour.

Thanks, BJ. House shows are always a blast in Pittsburgh. Come back and do another one anytime.