First/Last-The Crew of the Half Moon 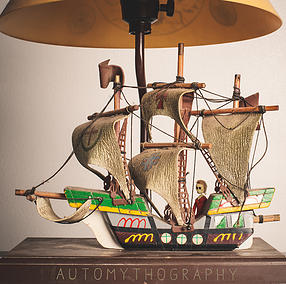 “The Crew of the Half Moon began as indie/folk duo Dan and Kate in January of 2012. Their debut album Automythography was released independently on iTunes and Amazon in January of 2013. Dan and Kate are both multi-instrumentalists, sharing time on the guitar, lap steel, mandolin, harmonica, bass guitar, and piano while singing dynamic vocal harmonies. With the addition of their versatile drummer Claire, they expanded their sound to include elements of grunge, blues, pop-punk and more. The Crew brings this eclectic blend of genres to the stage along with their playful lyricism and powerful vocal delivery. Their live sets are a variety show – with two voices and a steady rotation of instruments, they create a set that appeals to a wide array of music lovers.”

The Crew of the Half Moon is an indie trio based in Johnstown, PA that defies genres as they combine blues, folk, garage rock, power-pop and piano balladry to form a unique sound that can change from song to song. Their latest release the “Ray Hill” EP expands on the declassification they began with their debut. Check out the band tonight (10/23) as they are the feature band at Huston’s Haunted Hollow. I want to thank Dan Oatman (Multi-Instrumentals/Vocals), Kate Rhodes (Multi-Instrumentals/Vocals) and Claire Alanis Horvath (Drums) for taking the time to participate in this edition of First/Last.

Dan Oatman: I don’t know. Probably a Hopeless Records or some power-punk compilation.

Claire Alanis Horvath: “Depression Cherry” by Beach House. I enjoy that Beach House continues to use old keyboards in their recordings. Some of them are even toys which I always find interesting. “Depression Cherry” has a lot of darker, dronier sounds which has created a new kind of atmosphere for me in terms of their music.

Kate Rhodes: “The White Album”. My attention gets lost during albums where every song sounds too similar to the next. “The White Album” spans so many genres, but it’s still the same band. It’s still The Beatles.

Dan: “Kokomo” by not Brian Wilson.

Kate: The Ataris. Had it been ten years earlier, I would’ve been an emotional wreck the entire time. Seeing them as an adult allowed me to keep my composure and generally be much less embarrassing to the people I went with.

All: We unanimously say Paul McCartney.

Kate: The week I moved to Pittsburgh was one of those few weeks between summer and fall term at Pitt when no one’s around. A few friends and I borrowed costumes from the theater department in the Cathedral, took the elevator to the 32nd floor, and climbed out the bathroom window onto the rooftop. The view was incredible. The “infinite” feeling from ‘The Perks of Being a
Wallflower’ comes to mind. Pittsburgh has an indescribable magic to it. I blame it on the people.

Thanks, all. Really digging your music. Hope to see you play out soon. I suppose a ‘Kokomo’ by not Brian Wilson cover will be out of the question.