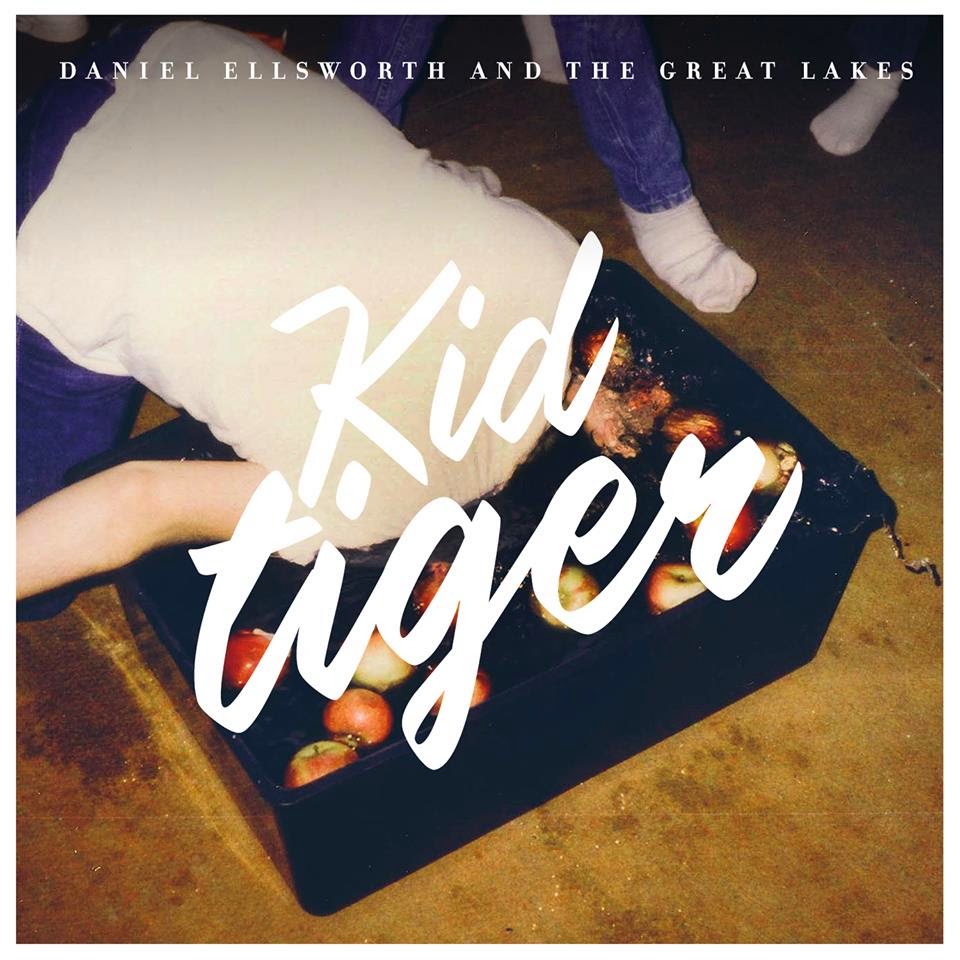 “They never look the same at the end of their set; a pair of hip horn-rimmed glasses breaks in half, buttons become undone, and their once slicked-back hair is simply not anymore. But they wouldn’t be themselves if it were any other way; they thrive when they render themselves void of energy, and humbly hope it rubs off on the kids in the crowd, too.
They are Daniel Ellsworth & The Great Lakes. To see them live is to experience the crux of who they are: A high-energy indie rock band dead set on producing the best live sound they know how. And boy, do they know how.”

Daniel Ellswoth & The Great Lakes stop in Pittsburgh Sunday (10/19) at The Smiling Moose in support of their excellent latest album, “Kid Tiger“. Opening the show will be Baby Bee, Hey Comprade and Even in Persia. I want to thank Daniel Ellsworth (Keys), Timon Lance (Guitar), Marshall Skinner (Bass) and Joel Wren (Drums) for taking the time top participate in this edition of First/Last.

Daniel Ellsworth: On cassette, I don’t remember, probably a Beach Boys “Greatest Hits”. On CD, it was either Hootie & The Blowfish “Cracked Rear View” or Blues Traveler “Four”.

Thanks, fellas. Well, there go my plans to hike down to SXSW to debut my just formed EDM band… we play all Justin Bieber covers.