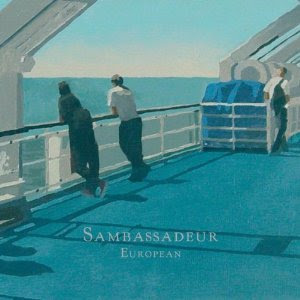 Were you like me this year jonesing for a new Camera Obscura album? Well, to tide you over, Sambassadeur came out with their third full length. Hailing from Sweden, the band has combined pop, twee and rock to great effect. Two of it’s members, Daniel and Anna, were nice enough to participate in this international edition of the ongoing 2010 Advent First/Last celebration.