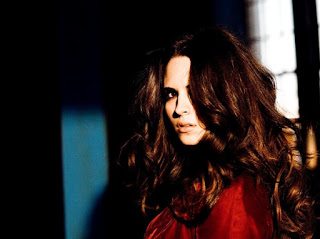 “Danielle Barbe is a young rock artist from a small town south of Pittsburgh, Pennsylvania. Her self-released, self-titled debut album is currently garnering a buzz among fans and industry insiders. “Danielle is the real deal, a rare combination of incredible talent and charisma only seen in the biggest stars in the business” says her producer Luke Ebbin (Bon Jovi, All American Rejects, Plain White Ts, Rival Schools). Starting at a young age, Danielle fronted a variety of bands, developing her unique vocal style, songwriting, and an alluring stage presence. She soon attracted the attention of Grammy-nominated producer and songwriter Luke Ebbin. This relationship turned into an album’s worth of material that Ebbin utilized to build Danielle’s distinct style and sound. Ranging from indie pop hits to soaring emotional ballads, Danielle’s debut album is a stunning representation of a truly talented and unique artist. As word got out, the blogosphere lit up with accolades with influential industry blog, Kings of A&R naming her #3 in the Top 10 Emerging Artists of 2011.”

Danielle was recently crowned the winner of the Iron City Sound Ambassador contest voted on by the public, you know, the fans who listen to music! She returns home for a Independence Day gig this week and will also be performing at The Vans Warped Tour on July 12th at First Niagara. My thanks to Danielle for taking a few minutes to participate in this edition of First/Last.

Alanis, again! I saw her at what is now the First Niagara Pavilion. I was really little at the time, and I remember my mom had to hold me up to see the stage. My mom also clamped her hands over my ears during all the swear words.

Honestly, I’m not sure! It might have been Foo Fighters or Elton John. I meet a lot of fantastic new indie artists while touring, so I do get to see a lot of great live shows all the time.

Feist put on an amazing show at Carnegie Music Hall in Oakland. I also loved seeing The Black Crowes when they first got back together. They did a show in Pittsburgh and my brother got us awesome seats at First Niagara Pavilion. We had to run to make their set because there was so much traffic! I jumped over the guardrail, ran for awhile, fell down, ripped my pants, but thankfully managed to catch a few songs. It was so worth it.

I think it’s really about the overall concert experience. I saw The Dead Weather and they put on a great show, but the man next to me had really bad B.O. and kind of took away from the experience. He also had two bluetooths (blueteeth?) and kept trying to carry on business conversations during breaks in their set.

I love this city! I decided to finish college at Pitt, so when I’m not on the road, I’m either studying in the Cathedral of Learning or you can find me in the Southside drinking Iron City and eating Primanti’s.

Thanks, Dani. So many cool things happening in your world lately. Always glad to hear a hometown girl getting her dues!