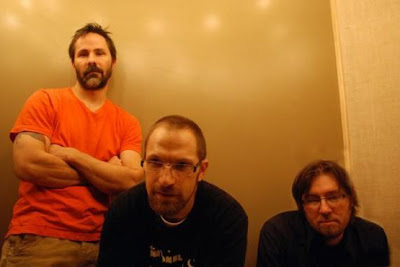 KADMAN are an indie band that has just relocated from Baltimore to Pittsburgh. They have their debut show here tonight at Club Cafe. Among the band’s musical influences are Yo La Tengo, Elliott Smith and Nick Drake. Bandleader David Manchester took some time out to participate in this edition of First/Last.

I think I’d have to go all the way back to the 80’s and say it was the Ghostbuster’s II Soundtrack on Vinyl. Though, I may have bought it at the same time as Primus, Sailing the Seas of Cheese. I had an eclectic youth.

I just picked up Cotton Jones’ new album, Tall Hours in the Glowstream, though I have my eyes on the new Belle and Sebastian and Wye Oaks’ most recent, The Knot.

It’s hard to pick one. I may have to go with Low, Secret Name.

I don’t buy disappointing albums. All my music is good. Haha…If I had to pick one, though, it would be April, from Sun Kil Moon. I guess I was hoping there would be more of a progression, musically, between that and Ghosts of the Great Highway, but it just wasn’t there for me. I like listening to bands grow and evolve, while still staying true to who they are. But when you’re (for all essential purposes) 12th album sounds almost identical to the 6th, and even includes some of the same songs, I think it’s time to re-evaluate what you’re trying to do.

If attempted last concert counts, then I tried to make it to the free Yo La Tengo show in the park a few months back. But last official concert attended would be the WYEP Concert in the park with Nicole Atkins over the summer.

It’s so hard to pick one. Um…. Low at the Black Cat in 2005. It was the last concert frontman Alan Sparhawk did before he had a small mental breakdown, and the show was brilliantly frantic. It was sad that it was due to an emotional problem, but it really was a musically religious experience.

Sadly, I’d have to say Day 2 of the Tibetan Freedom Concert in Washington, DC. There were such awesome bands there like, the Red Hot Chili Peppers, Pearl Jam and the Beastie Boys, but it was so hot and the sound system was so terrible that you couldn’t hear a thing. It was really frustrating.

I love how, even in the city, things are so clean, and people are ridiculously friendly. Pittsburgh has a pride about it. It knows it has worked really hard to build itself into something great. Everyone’s attitudes seem to be a lot more relaxed, too. I also love that there is a really creative and diverse music scene. I’m happy to be a part of that now, and I can’t wait to get my feet wet and become a part of the music and arts community.

Thanks David. Welcome to Pittsburgh. I am really liking what I hear from you guys.