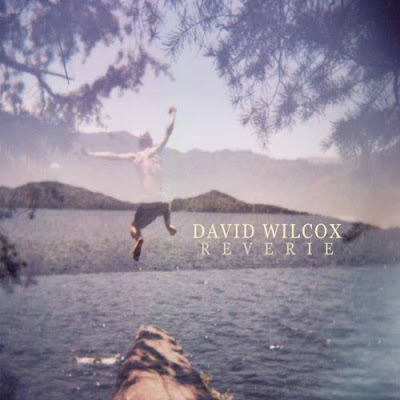 “For over fifteen years David Wilcox has been making music that bravely navigates a path through the emotional static of modern life towards a better place. With a style that The Boston Globe says “Combines the best of both pop and modern folk aesthetics,” he writes songs that are wake up calls to the heart, balm for the soul. David’s own musical story began in college, when he took up the guitar after hearing a fellow student playing “Buckets Of Rain” by Bob Dylan. It was the first time he had ever experienced music as something that anyone can do. He picked up the guitair and began to experiment. Within a few months, he was writing his own songs. Drawing on influences from James Taylor to Motown to Joni Mitchell (she inspired him to explore alternate tunings), he created a sound that is both highly personal and emotionally forthright. From his debut in 1987 with The Nightshift Watchman through standouts such as How Did You Find me Here (1989), What You Whispered (2000) and Live Songs And Stories (2001), he has consistently delivered music that The New York Daily News credits with giving “Sensitive singer/ songwriters back their good name.”

Check David out at his official Website, Facebook, Twitter, YouTube, Pinterest, MySpace, Spotify and Tumblr. He stops in Pittsburgh on Saturday night at Club Cafe and I really want to thank him for taking a few minutes to participate in this edition of First/Last.

First record I bought I think was “Led Zeppelin”. But, I think a better answer to the question would be the first really cool album I got was from my cousin who gave me “Buffalo Springfield”.

I just got a Tom Waits record on vinyl. It’s called: “Bad as Me”.

I don’t know why this kind of question is the hardest of all for me to answer. It may be because there are some records that saved my life that I don’t listen to anymore. And there are records that I enjoy the sound of, but they don’t really change my life. So, it depends on what’s more important. If I hadn’t heard John Martyn play guitar, my life would be totally different. I like to listen to Justin Farrell for hundreds of miles on a road trip, but it’s not a portal.

When I bought a Jimi Hendrix Experience record I opened it up and put it on and Joni Mitchell music came out of the speakers. The record was on Reprise same as Joni Mitchell’s “Clouds” record. It must’ve been the transition at the end of the run, and this one disc had Jimi Hendrix labels on it and it was put in the Jimi Hendrix record jacket, but it was actually a Joni Mitchel record. I was in junior high and not amused. I wanted my Jimi.

The first big concert I went to was the Doobie Brothers at Riverfront Stadium in Cincinnati. And it was only because I was there with my folks and we were staying in a hotel downtown and when we walked through the lobby I saw Jeff Baxter sitting there on a lobby couch. I didn’t really enjoy the show because I didn’t like the huge stadium vibe.

I just went to a Paul Thorn concert a couple weeks ago and loved it.

Thanks, David. That ‘Jimi/Joni’ screw up is totally strange, yet at the same time, I wonder why that wouldn’t happen more often?