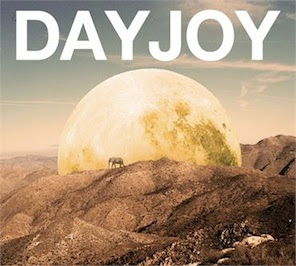 “Day Joy makes beautiful lush dream folk landscapes caressed with crooning and heart felt melodies and deep poetic lyricism. Hailing from Orlando, FL the now five sometimes six piece was originally a two person project started by Peter Michael Perceval and Michael Serrin. Peter and Michael met in college years ago where they acoustically wrote all the songs via late nights on porches and rooftops that are just now coming to fruition and being released on Small Plates Records on their debut LP Go To Sleep, Mess. They were recently hailed as one of the top 10 Florida Bands You Should Listen To NOW by Paste Magazine alongside their friends and other up and comers Levek and Hundred Waters.”

Check out the band at Facebook, BandCamp, Tumblr, Big Cartel, Twitter and SoundCloud. Their debut album, “Go To Sleep, Mess“, drops tomorrow on Small Plate Records but you can head on over to Paste to stream it now. My thanks to Peter Perceval (Guitar/Banjo/Ukelele) and Michael Serrin (Vocals/Keys/Guitar/Bass/Drums) for taking the time to participate in this edition of First/Last.

Thanks, fellas. Really love the album. Hopefully, a Pittsburgh stop is in the future for you guys.