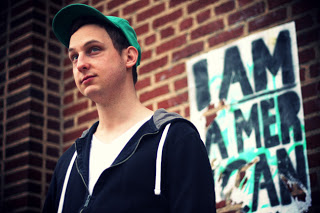 “Deleted Scenes, a four-piece art-rock band from DC, released its first self-titled EP in 2007, twelve years after meeting in grade school. In 2009, the band released their debut full-length, Birdseed Shirt, which was recorded mostly in group houses across the east coast over the course of a year. Birdseed Shirt not only won the approval of local publications, Washington Post raving, “If Deleted Scenes isn’t the best rock band in Washington, it’s certainly on the very short list,” but also solidified their national acclaim, Pitchfork awarding the album with an 8.0 review, calling it “ferocious, brave, and a well-balanced demonstration of both thoughtful existentialism and strange, drowsy downers.” Comprised of Daniel Scheuerman (guitar, vocals), Matt Dowling (bass, keyboards), Dominic Campanaro (guitar, keyboards, samples), and Brian Hospital (drums), Deleted Scenes latest effort Young People’s Church of the Air now pushes the band’s formidable rhythm section further, exploring the possibility of hope.“

The band stops in Pittsburgh this Monday at the Shadow Lounge with The Lampshades and Eric Oliver on the bill. My thanks to frontman Daniel Scheuerman for taking some time to participate in this edition of First/Last.

Thanks, Daniel. I was also disappointed in that ‘Pop Mart’ Tour, not necessarily the show per se but was definitely let down by the warm Genesee Cream Ales beforehand.