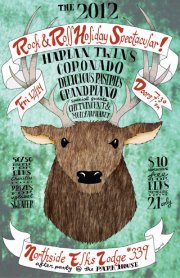 “delicious pastries are a pop outfit unencumbered by the fleeting dalliances of the new rock vogue. forged in the fire of friendship and galvanized by a deep love of the pop idiom, they create melodic vignettes as familiar as they are odd. whimsical and literate; equal parts yesterday and today.”

This is happening. This blowout features a slew of my absolute favorite killer Pittsburgh bands and I will be there…period. My thanks to DP’s Jonathan Chamberlain (Vocals/Guitar/Keys) for taking a few minutes to participate in this edition of First/Last. 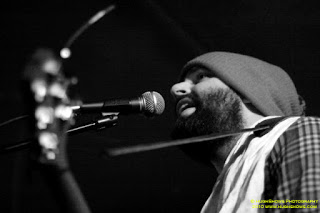 “!! Such a funny game !! I always get the feeling, when I play this, that there’s someone at the top of a staircase asking me which stairs I’ve skipped and which one I liked standing on the most. When I walk back down it’s completely different. Know what I mean? I love all of the different doors we’ve walked through to end up playing in this group.

I feel like we’re all fluent in different languages. Masters of our own sounds.” Here’s how I play:

I started with tapes, and distinctly remember buying several at the same time, for my first walkman. The Spin Doctors, “Pocket Full of Kryptonite” (haha, where have they gone? and don’t blame it on grunge, that’s just lazy). ABBA, “Gold” (because my mother listened to it on repeat when I was a kid). The Byrds, “Greatest Hits” (I wanted to design my own cover for the album, because I hated the one on the tape. I literally turned the album art around and drew on the back).

Rupert Angeleyes, “When The Sangria Dies” (check out ‘Karen’ and tell me you aren’t in love. This is my buddy Kyle’s solo project from Sleeping in the Aviary).

Favorite album(s) of all time?

Billy Nicholls, “Would You Believe?”.

My list is too long. Don’t get me started. When I begin it’s not like someone stepping on your toes, it’s like I’m stomping them mercilessly. Anything The Boss ever did, anything John Mellencamp did, the new Animal Collective, the new Sufjan Stevens, any Best Coast album, anything with auto-tune, Christmas Music, YOU’RE THE WORST I DON’T WANT TO BE YOUR FRIEND, YOU HATE PETS! (See what I mean)

Jimmy Beaumont and The Skyliners, 1986.

Lightning Bolt at the Corral Room in Madison, WI, 2004.

Os Mutantes in Chicago, IL, 2006, They sounded like Santana and sang in English.

I tell people that PGH isn’t the end of the rainbow, but it’s pretty close. I love the homespun DIY ethic, our bottom-up mentality, our top-down funding for the arts. Let me see some of that money! A month ago I was walking towards the Warhol Museum and saw the curator Eric Shiner on one side of the street and Rick Sebak on the other. All that was missing was a Primanti Bros. sandwich in the center of the street and that annoying “Here We Go” Steelers song, and it would have been the perfect Pittsburgh moment. I also love Bob’s Garage in Blawnox at Christmastime, Rankin Steel Mill (besides the graffiti), Three Rivers Stadium, and Chicken Latino in the Strip District.

Thanks, Jonathan. See you tonight my brother.