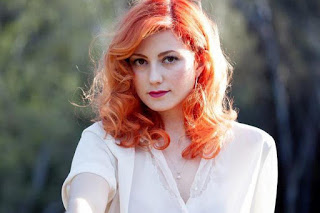 I constantly get requests from indie musicians to feature them on the blog for a bit of exposure. Occasionally, one of them really piques my interest for some reason or another. Case in point, Dominique Pruitt. She’s an California based songwriter who has a ’50’s retro vibe going and her latest single, ‘To Win Your Love‘, is a little taste of what her upcoming debut will be like, which she hopes to release early next year. She has also just dropped the video for the song, which is a tad hokey but I’m pretty sure that’s the point. My thanks to her for taking a few to participate in this edition of First/Last.

Thanks, Dominique. Totally looking forward to hearing more from you soon!