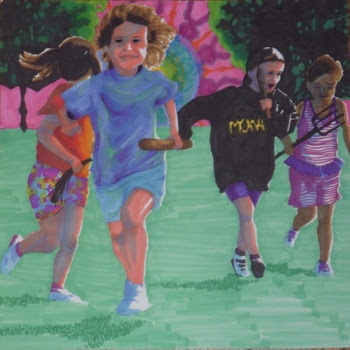 “Americana-baked, ballroom swagger with a penchant for screaming describes Elephant Gun. Metal-influenced folk pop works too. Country-punk seems a bit of a generalization, but fuck it. World/Inferno Friendship Society meets Against Me! for Chicagoland’s hippie punks. They’re an eight-piece rock band with too many influences to name. If Jared invites one more dude or lady into the mix we’ll kick his dick. No. Nevermind. It’s fine. Because as all-over-the-map as they may be, they know how to craft full-on records just as well as they do orchestral basement-rock. For that we are proud of them. Jared may keep
his goods safe.”

Check out the band on Facebook, MySpace, Blogger and BandCamp. I had so much fun discovering music through the Paste 50 States Project, I have decided to continue coverage this week beginning with Illinois and Elephant Gun. I want to thank Jared Olson (Guitar/Vocals) for taking the time to participate in this edition of First/Last.

Thanks, Jared. Second on your Beck opinion. There is actually a covers album by one of my favorite musicians Joel Morales from Dios Malos called, “When Beck Was Cool“. I guess he feels the same way.