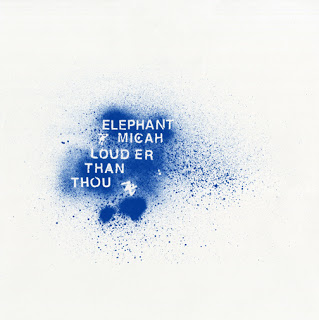 In 2010, my favorite album was an EP from the lo-fi folk band Dark Dark Dark that really rocked my world hard. One of the highlights from the release was actually a cover tune called ‘Wild Goose Chase‘ from a kindred spirit in everything spare, Elephant Micah. Elephant Micah is a rotating band of musicians from Indiana headed up by songwriter Joseph O’Connell. They have a new limited edition vinyl album called Louder Than Thou out that has been in heavy rotation in my house recently. Some fantastic stuff. Joe was cool enough to participate in this edition of First/Last.

Thanks Joe. I love the ‘home-made’ sensibilities of the the physical product as well as the music. Please drop a line if you ever make it to Pittsburgh.