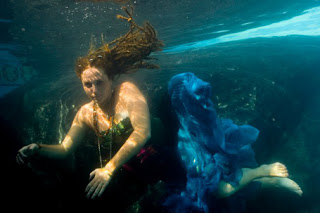 Erika is a local singer-songwriter who has been dubbed the “Renaissance Queen of the Pittsburgh Scene”. She has had her hand in all kinds of arts based functions around town. She will be releasing her latest album soon and will be opening for Dar Williams on Sunday, November 19, 2011 at the Rex Theater in the Southside. She was cool enough to participate in this edition of First/Last.

Dawes’ “Nothing is Wrong” has been running through my stereo since I bought it. They played an acoustic set at WYEP, and brought me to tears at least once. Definitely one I would recommend if you like real, honest, folk-rock.

Oh my… just one? It changes every year or so… So far this year, probably that Dawes’ album… Joanna Newsom’s “Have One One Me” fit the bill for 2010, Dave Matthew’s Gru Grux King was big for me in 2009, Lhasa De Sala’s “The Living Road” followed me everywhere in ’08, and on and on back to Broken (Nine Inch Nails), Animals (Pink Floyd), and Aenima (Tool), which were amongst my first few favorites that continue to stick.

Maybe Third Eye Blind’s second album, especially since it didn’t stand a chance after their debut album, which I bought when it was released and still spin regularly.

Though I’d been utterly fascinated with every street performer, lounge pianist, and wedding band I’d seen before this, 1997’s WBCN River Rave in MA: The first act was Morphine – one of their last shows – and headliners included Primus, Fiona Apple, the Foo Fighters, Moby, Local H….

Michael Franti & Spearhead at Stage AE, 7/1/11. — though there was some incredible live music at Texture Ballet’s debut at the New Hazlett, under the direction of the gifted Ian Green.

Another tough question – I have something like 300 ticket stubs in my little book… Radiohead puts on an inspiring live show, with the way they write stories by putting their songs together in different ways. The first show I caught, on the OK Computer tour, stands out as one of the most incredible shows I’ve ever seen. It felt like they were reweaving the paradigm of the lives of everyone in attendance. They were bending time and space right in front of me and, I swear, I was stone cold sober. I’ve seen them 6 or so times since.

Three Doors Down opened for Pearl Jam back in Boston, late 90’s I believe. They just didn’t have the pavilion stage presence thing down, the sound was bad, and Pearl Jam killed it later that night, so 3DD didn’t stand a chance.

As a fan, you might have to dig a little to find the gems, but there are plenty to be found. The city is so diverse with what it presents, probably because no one comes here to make it in music, especially in any particular genre, so the people that play out do it because they love it. It’s unrefined and exciting, with lots of fusion and genre-breaking experiments going on all the time. I’ve been a part of some amazing jams, on and off stage, such as a recent one that happened spontaneously after a concert I put on — in a basement in Mount Washington, I found myself learning Puerto-Rican songs on guitar, trading songs with a jazz pianist, a Latina vocalist, a rock guitarist, and several percussionists with many backgrounds, and then some more… These moments are transcendent – what life is, at the peak. Voila! Thanks EMay. I sincerely dig the vibe and passion you bring to the city.