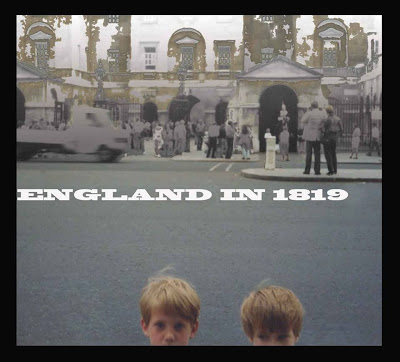 Check out the band at their official Website, Facebook, Twitter,
, SoundCloud and BandCamp. As part of the Paste 50 States Project, today I feature Louisiana and England in 1819. The band’s latest album, “Fireball Electric Tomorrow” is released today and I want to thank Andrew Callaway (Keys/Vocals) for taking the tine to participate in this edition of First/Last.

Thanks a lot, Andrew. I have to say, I love your band name. Not so easy to Google but still…