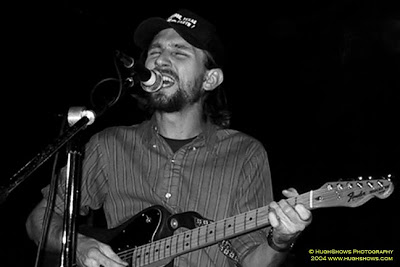 I strongly believe that there are certain stages in a music fan’s evolution. Definitive bands or musicians that act as benchmarks in a music lovers growth. To put it simply, think of the albums or shows that ‘changed your life’. I am attempting to chronicle my milestones by offering up a series of First/Lasts featuring musicians that have done that for me. I am dubbing them ‘The Essentials’ and I begin today with Will Johnson.

In 2004 I stumbled upon the website for Misra Records. I streamed two songs they had available that exposed and introduced an incredible path of musical awareness for me that continues to this day. The first song was “A Damn Good Disguise” by The Mendoza Line. My affection for that band is no secret to those who know me and my history with the songs author, Timothy Bracy, is for another post.

The other song was “Just To Know What You’ve Been Dreaming” by Will, included on his second solo album, the amazing ‘Vultures Await‘. I was obsessed with the tune and it didn’t take long for me to track down info on his two bands, Centro-matic and South San Gabriel. Thanks to an online buddy who graciously sent me a healthy mix, it didn’t take long for me to agree with the statement, “Centro-matic is better than your favorite band!” My woefully limited interaction with Will and his music can be viewed here. It thrills me that he was kind enough to participate in this inaugural edition of ‘First/Last Essentials’.