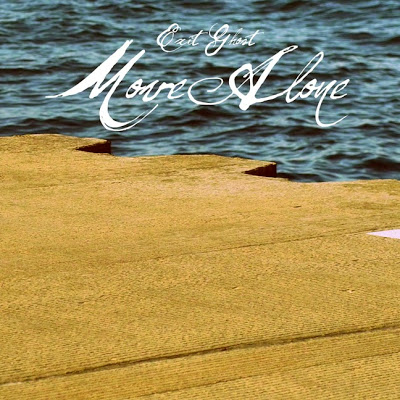 “Exit Ghost is a collaborative vehicle structured around the songwriting of Evan Holmes. The group’s debut Pony Soldier EP (2010) explores a vital reverence for the imagery and culture of the American West, with fiddle and harmonies provided by tireless multi-instrumentalist Rachel Kahn. Hailed by Performer Magazine as “like [Neil Young’s] After The Goldrush on steroids”, brothers Jordan and Julian Stacey provide a powerful rhythm section that resonates soundly through the group’s first full-length album, 2012’s Move Alone; a bold, at times orchestral effort engineered by Mike Hagler of Wilco’s Summerteeth. With a nod from Paste Magazine as one of “10 Illinois Bands You Should Listen To Now”, Exit Ghost entered recording at Chicago’s Engine Studios with the addition of avant-garde guitarist Michael Golas and engineer/instrumentalist Dorian Gehring. Engine EP documents a band reinventing itself in the space of a studio, and would see the group’s first commercial placement in the HBO series Single Long. Exit Ghost’s Daytrotter Live Session previews a distinct and cohesive set of new work, to be completed as the band’s second full-length due Fall 2013.”

Check out the band at their official Website, Facebook, YouTube, Twitter, SoundCloud and Instagram. As I continue my ongoing coverage of the Paste 50 States Project, we step into the lovely state of Illinois with Exit Ghost. The band’s follow up to last years excellent EP, “Engine“, will be released this fall. I want to thank songwriter Evan Holmes (Guitar/Vocals) for taking a few to participate in this edition of First/Last.

Thanks, Evan. I second your opinion on Sharon and her band. What a beautiful concert experience that was.