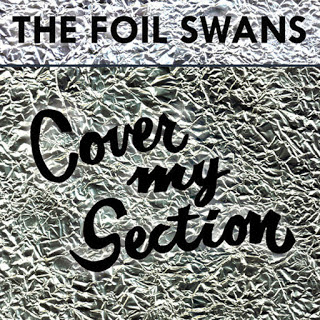 “Jim Andralis and Amy Bezunartea are The Foil Swans. Their sorrowful debut single, “Cover My Section” is a country-tinged lament about giving up and getting by. Andralis originally wrote the song for “Songwriter’s Night”, a monthly songwriting group which includes his partner Larry Krone and fellow songwriters Bezunartea, David Clement, Bridget Everett, and Jennifer O’Connor.”

I love receiving new music from fresh new bands. Their first ever single, ‘Cover My Section‘ is released today via KIAM Records and you can stream it at Soundcloud here. My thanks to Jim Andralis and Amy Bezunartea for taking the time to participate in this edition of First/Last.

Thanks, guys. Always love discovering new music. Drop a line if you are ever playing in Pittsburgh.