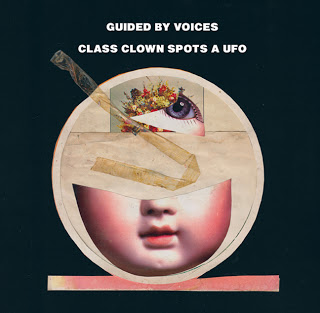 The ‘GBV Reunion Tour’ finally hits Pittsburgh tomorrow night at Smalls. My thanks to guitarist Tobin Sprout for participating in this edition of First/Last.

I don’t remember the first album, but the first single I bought was The Beatles with Tony Sheridan’s, “My Bonnie” w/ B-Side “The Saints (When The Saints Go Marching In)”. I got it at a drug store on Far Hills in Oakwood! My Grandfather gave me my first album introducing the Beatles. He got it as a door prize at Rotary!

Paul McCartney, “RAM” (vinyl mono version). It always reminds me of our family vacations to Cedar Rest in East Jordon, MI. I really like some bands in mono, like The Beach Boys. They seem to blend better in Mono.

I don’t have an all-time favorite.

…or a least favorite.

Grand Funk Railroad. They seemed to be in town a lot.

Guided By Voices in Nelsonville, OH. Just a few miles from Ohio U, where I went to school.

Elton John on the ‘Yellow Brick Road’ tour, at the height of glam. He changed outfits every three or four songs.

Thanks, Tobin. If I remember right, the last time GBV was scheduled to play Pittsburgh was at Rosebud in 2001 with My Morning Jacket opening. Unfortunately, the show was cancelled and I am really glad you finally re-scheduled.

Update: I stand corrected! According to my man Weird Paul, you guys last played Pittsburgh July 21st, 2002 at Rosebud.