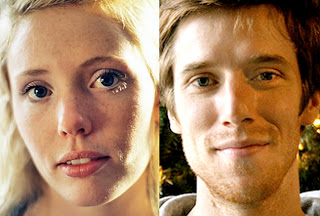 On Father’s Day, two folksy singer songwriters stop in Pittsburgh to perform a co-headlining gig at the intimate Club Cafe. Haley is supporting her new album ‘Golder’. Daniel’s latest is ‘In the Cool of the Day’. They were both cool enough to take some time to participate in this edition of First/Last Fridays.

Thanks to both of you. Club Cafe might be THE best venue in Pittsburgh for your show.