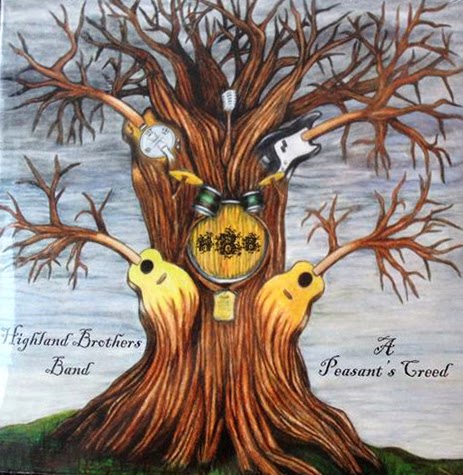 “It all started in a small shed in January 2009 as 4 guys jamming together 2 times a week. The idea was brought about to form an original,acoustic guitar driven, good ole fashion rock band. We strived to be different…unique….honing our sound,while writing blue collar words for the everyday working stiff, such as ourselves! Added Vit DeBacco in June 2012 to bring that extra something that we felt was missing and haven’t looked back since.”

Check out the band on Facebook, Twitter and ReverbNation. The band has just released their latest, “A Peasant’s Creed” which will be available this Saturday as they support my buds in The Hawkeyes and Highway 4 at the Hard Rock Cafe. I want to thank Justin Highland (Rhythm Guitar/Lead Vocals) for taking the time to participate in this edition of First/Last.

Thanks, Justin. Congrats on the new CD and have fun Saturday.