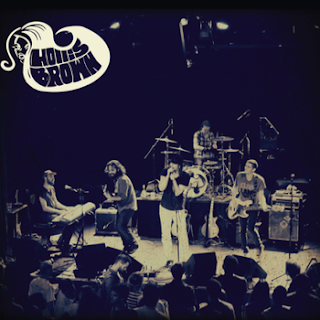 “Born and bred in New York City, Hollis Brown embarked on a pilgrimage to Nashville to capture their authentic sound. They shacked up for two weeks in the backyard cabin/studio of producer Adam Landry (Deer Tick, Middle Brother), and found themselves. They recorded everything live, straight to analog tape. The result was a warm, vintage sound that displays the band’s explosive live energy. Their new EP, Nothing & The Famous No One, takes the listener back to that cabin to experience the raw vibe, smell the smoke, and feel alive.”

The band can be found at their official Website, FaceBook, BandCamp, MySpace, Twitter and YouTube. They are performing in Pittsburgh tomorrow night at Club Cafe with support from locals Walker and The Rebellion and The Brushfire. My thanks to lead singer Mike Montali for taking a few moments to participate in this edition of First/Last.