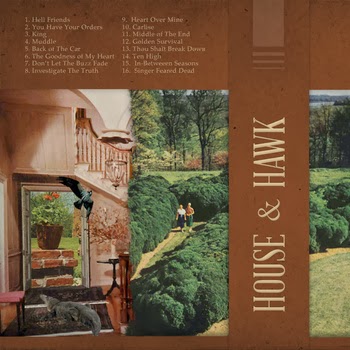 Check out the band on Facebook. As a music blogger I am regularly trolling one of my favorite sites BandCamp for any new and exciting bands, especially from Pittsburgh. I recently stumbled upon this ‘lo-fi experimental indie jangle pop-punk’ duo that absolutely blew me away as soon as I heard them. Upon contacting the guys, I discovered that they are a studio band mainly and do not play live. Their latest releases, the fantastic self-titled full length and the more recent “Muddle” EP are out via Heavy River Record Company. They are working on new music as I write this, slated to be released later this year. My sincere thanks to Steve Neinhauser (Multi-Instruments) and Alexander Strung (Guitar/Vocals) for taking the time to participate in this edition of First/Last.