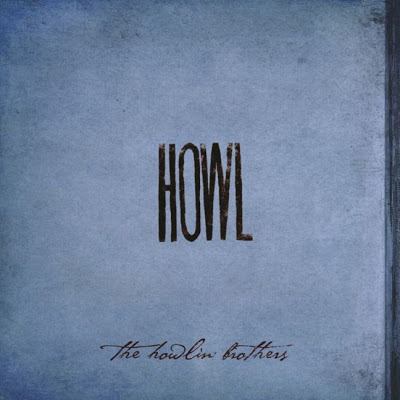 “The Howlin’ Brothers are a three-piece string band that brings heart and passion into every performance. Their upbeat shows are heavy with original and traditional music, featuring the sounds of slide banjo, harmonica and old-time fiddle. The Howlin’ Brothers are bringing their show all across America in 2013. Their latest album “HOWL” produced by Brendan Benson will be available March 5th, on Benson’s label Readymade Records.”

Check out the band at their official Website, Facebook and Twitter. They stop in Pittsburgh tonight at the T’Bird supporting their latest release, “Howl“, via Readymade Records. My thanks to Brother Ben Plasse (Upright Bass/Banjo/Vocals) for taking a few minutes to participate in this edition of First/Last.

The Beatles’ “White Album”. My brother Sean played it for me, and when he went away to college I needed my own copy.

I couldn’t pick one really, but because it was my Mom’s favorite album, I’ll say “American Beauty” by the Grateful Dead. Lots of good memories of mama cookin’ up chowder in the kitchen and singing along. I love stuff that bridges the gap between acoustic music and rock and roll.

I don’t wanna’ put down anyone else’s work. It’s like kicking their child or puppy, haha.

Paul Simon. I was six years old and had just started taking piano lessons. My parents are pretty cool.

Doc Watson. Ian’s sister Danielle took all 3 of us to see Doc right before he died. It was amazing. Doc is probably the one I’d pick if I was on a desert island.

Doc, again. I had just joined the Howlin’ Brothers, so I was already on cloud nine, and he was just so pure and full of love. Nothing fake or pretentious or overly flashy. And he laughed when they screwed up! That’s so important, to be relaxed and enjoy the pureness of what we do.

Again, I don’t wanna’ put anyone down. There’s all kinds of reasons a show can be bad. I’ll leave that to the critics.

I spent a thanksgiving there once on tour, and a friend of a friend let us come ver for family dinner. They had a huge collection of ukuleles! It was a lot of fun trying to learn a new stringed instrument. Many things to be thankful for!

Thanks, Ben. Thanksgiving in Pittsburgh. I’ve spent all mine here so I can relate.