First/Last-I am a Sea Creature 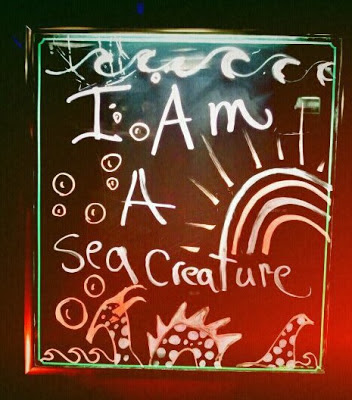 I am a Sea Creature The Smiling Moose Tuesday, May 21, 2013 Southside

“I am a Sea Creature is a Psych-Rock/Dream Pop/Garage Rock band from Pittsburgh PA. We started in 2010 when Ricky and Brandon began pandering around the greater Pittsburgh area, and soon were joined by Alan Bentley on drums. In 2012, Eli Ritchey was added on Bass, and we actually became sort of a real band. Now we are a real band. We have our first full length album coming out this summer called “Beautiful Things.”

Check out the band on Facebook, SoundCloud, YouTube and MySpace. They play the Moose tomorrow night supporting Cheap Girls and Diamond Youth. My thanks to Ricky Petticord (Vocals/Guitar), Brandon DenHoed (Synth/Guitar/Percussion), Alan Bentley (Drums) and Eli Ritchey (Bass) for taking the time to participate in this edition of First/Last.

Ricky Petticord: The first album I ever listened to was David Bowie’s “Fame and Fashion.” He [Bowie] has since become my spirit animal. The first CD I bought was “Play” by Moby at Best Buy. It’s a great album. Alan Bentley: “Colors” by Between the Buried and Me. Other than that, I usually just stole it off of Ricky.

Thanks, fellas. I’m right with you Ricky on all good things Jeff Betten. Solid dude, right there!