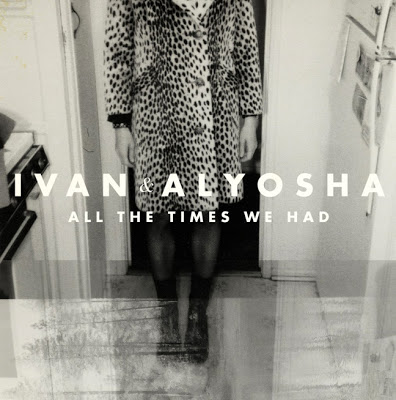 “All the Times We Had, Ivan & Alyosha’s first full-length album, encapsulates the personalized blend of rousing songcraft, infectious melodic hooks and thoughtful lyrical introspection that’s already endeared the band to just about anyone who’s witnessed one of their effortlessly uplifting live shows, or who’s heard either of their two prior indie EP releases.
The Seattle combo—which borrows its name from a pair of characters from Dostoevsky’s The Brothers Karamazov—delivers its songs of struggle, perseverance and spirituality with a resilient, upbeat attitude that’s reflected in their bubbly brew of stirringly strummed folk-rock guitars, surging instrumental interaction and a bright, buoyant blend of voices that reflects the band members’ family-style camaraderie, evoking a timeless pop ideal that’s as affecting emotionally as it is pleasing to the ear.”

Check out the band at their official Website, Facebook, Twitter, BandCamp, YouTube, MySpace and Spotify. They arrive in Pittsburgh tomorrow to play a WYEP studio session before headlining The Club at Stage AE later that night touring behind their latest effort, “All The Times We Had“, with support from The Lone Bellow and Twin Forks. My thanks to Tim Kim (Electric Guitars/Vocals) for taking the time to participate in this edition of First/Last.

Thanks, Tim. Looking forward to the show. See you tomorrow.