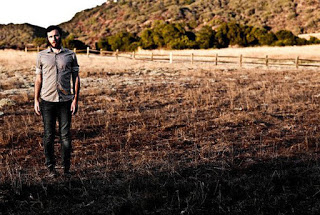 “James Vincent McMorrow released his debut record, Early in the Morning, in Ireland to widespread critical acclaim in February 2010. A stunning collection of songs recorded over 5 months in an isolated house by the sea, the album is a completely self recorded and played affair, filled with beguiling and vivid stories, fables that move from a whisper in your ear to a mountainous crescendo in the space of a song, all the while retaining the environment and sentiment in which they were formed.”

James returns to Pittsburgh tomorrow, headlining a free show at Hartwood. My thanks to him for taking the time to participate in this edition of First/Last.

Thanks, James. I think the venue here was Club Cafe. Just so you know, Hartwood is a tad more…bigger.