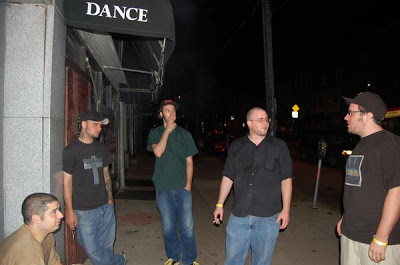 These guys are a “psychedelic-country” band who wear there Pittsburgh pride proudly on their sleeve. They say they sound like ‘Yinzer Bukowski’ so what else needs to be said, right? They are playing the quiet room of the main library this Sunday at 2p.m. and I encourage you to stop by as I love these intimate gigs. This will be their only public appearance this summer and the band is working on releasing some music in the fall. Guitarist/vocalist Jason was nice enough to participate in this ‘acidtwang’ edition of First/Last Fridays.