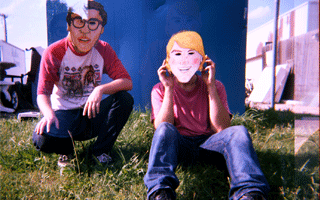 I happened to mention this band in my January artists of the month post. If you miss this this show next Thursday…your loss. This will beyond…as they say, EPIC. I give you the weirdness that is First/Last Friday.

Thanks guys (I think). I am really digging your music and can’t wait for your show Thursday.