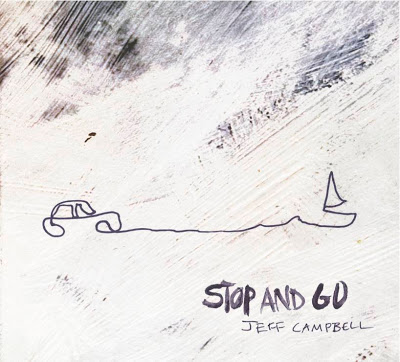 “A Philadelphia native, Campbell moved to San Francisco in 2004 specifically for the newer Rock scene he had heard was developing. After a few years of trying to balance learning the West Coast Music Scene with his day job, the job was cast aside in favor of full time touring, writing and recording for a living. Early 2012 saw the release of Campbell’s first-ever acoustic album, “Stop and Go”. With this album, Jeff fulfilled his promise to stay true to his songwriting style but also test some boundaries with production, approach and style. “Stop and Go” also boasts guest performances from several of the Bay area’s finest musicians, including Megan Slankard, Brad Brooks, Austin Wilacy and James Deprato. A live, in-studio DVD reproduction of the full album was recorded at Coast Recorders in SF and released in late 2012.”

Check out Jeff at his official Website, Facebook, Noisetrade, Twitter, BandCamp and YouTube. He hits the area on Friday in support of his latest release, “Stop and Go“. My thanks to him for participating in this edition of First/Last.

WITH MY OWN MONEY? METALLICA – …AND JUSTICE FOR ALL. WHEN I WAS A KID, MY FOLKS BOUGHT ME A BUNCH OF CASSETTES, IE… TEARS FOR FEARS, ELP, MICHAEL JACKSON.

CAN’T PICK ONE. MY DESERT-ISLAND-TOP 5 (JUST COULDN’T LIVE W/O THEM) IS: BEATLES – REVOLVER, PINK FLOYD – DARK SIDE OF THE MOON, BEASTIE BOYS – CHECK YOUR HEAD, METALLICA – MASTER OF PUPPETS, RADIOHEAD- OK COMPUTER. THEY’RE ALL PERFECT FROM START TO FINISH.

WAS REALLY BUMMED OUT BY METALLICA – ST. ANGER, BUT I THINK ALOT OF PEOPLE WERE. IT WAS JUST “FORCED”.

ALL IN? RADIOHEAD – OUTSIDELANDS, SAN FRANCISCO, AUG 2008, ALTHOUGH I’VE SEEN PEARL JAM OVER 30 TIMES AND COULD NAME A FEW GOOD ONES THERE TOO (STATE COLLEGE, PA – MAY 2003 COMES TO MIND). ALSO, EVEN THOUGH I WASN’T ACTUALLY THERE, THE LED ZEP REUNION SHOW FROM LONDON 2007 THAT’S RECENTLY BEEN RELEASED ON DVD AS “CELEBRATION DAY” IS MOVING TO THE POINT OFT TEARS.

I WALKED OUT OF A HUM SHOW AT THE TLA IN PHILADELPHIA IN THE LATE 90s. I COULDN’T HAVE BEEN MORE BORED. THEY WERE SLEEPING ONSTAGE.

Thanks, Jeff. 30 PJ shows? Are they called ‘Jamheads’? If so, you definitely qualify!