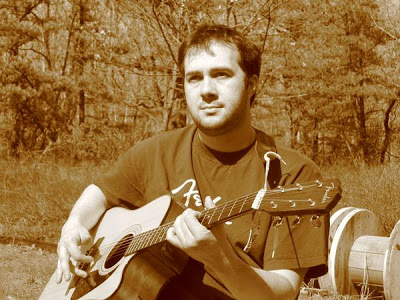 So my buddy and one of the original old school Pittsburgh music bloggers Ben is throwing a party this weekend. He’s calling it Bait & Bullets and info can be found here. He hopes to make this an annual affair and weather-wise, it’s going to be a perfect weekend to participate. Entertainment will be provided by Jeff Perigo and he was cool enough to participate in this week’s First/Last Friday.

Not really sure, but the type of music I liked then is extremely dissimilar to what I like now, but something like early 80’s Judas Priest or late 70’s Deep Purple.

Grateful Dead’s Workingman’s Dead, that’s an easy one for me!

Allman Bros.-Live at Ludlow Garage, I LOVE the Allman’s and being that this album is the same general time period as the famous Live at The Fillmore East, I had high expectations, I thought the sound was bad and the show was worse….

Yes, the 90125 tour, awesome, awesome first concert!! at the Civic arena with a laser show.

Cake at The Palace Theater in Greensburg (great, great show), this doesn’t include the Flood City Music Festival in which Anders Osborne, Los Strait Jackets, Galactic and Eilen Jewell were good to great!!! I didn’t see Billy Price, Robert Cray or Los Lobos, I wanted to see all these…..fail…..

This is my favorite, but not best. Grateful Dead at Three Rivers Stadium 1995, the parking lot scene and it rained at the set break and they open the second set with 4 rain titled songs….moving!!

Phish at the Starlake Amphitheater in ??? Can’t remember, not being a fan at all, but having seen them twice before and it being awesome, I left and they played 5 more songs…..lawn seats suck, I like to be in the energy mix up front or a balcony or lounge seat in a theater.

The view of the city at night when you come through the Fort Pitt Tunnels or rounding the curve coming into town from Monroeville, the view on Grandview Blvd., The south side and Pittsburgh Guitars, The Steelers…duh, Shady Side, Blues Fest, rib fest, Pitt U…..I could go on and on about what I like about Pittsburgh except the politics (and I’m pretty Liberal).

Thanks Jeff. Hey, I was at that Grateful Dead show. It was actually my 30th Dead show in 10 years to the week. Yeah, I guess I was a Deadhead in my former life.