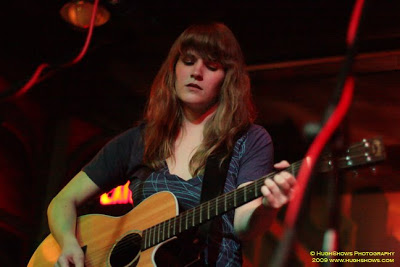 Last time I saw Jenny play two years ago, she drove in straight from Brooklyn and within minutes of arriving in Pittsburgh was up on stage playing. Since then, she has been working hard on new music and will be playing some of it next weekend when she hits the Brillo on a rare Sunday night show. Also performing will be Hank & Cupcakes and Sam Bradley. Jenny was really cool to take a little time and participate in this edition of First/Last Friday.

Justin Timberlake at Starland Ballroom, somewhere in NJ. It’s this tiny room for him, maybe 700 capacity? He did a club tour before his second record came out. 13-piece band that could barely fit on the stage. Audience packed in like sardines, the place was bumping and hot as hell. Flawlessly executed performance. I’ve seen tons of awesome “cooler” shows, but I urge you to revisit my comment on “favorites” above.

I’ve seen Cat Power a bunch of times, starting in the late nineties, and while I love her music to pieces, I find her shows to be really uncomfortable. This may have changed by now, but back then you never knew if she was going to start crying mid-set and run off stage, which I’d seen happen. She also got into this trick where she never stopped playing between songs, so there was never space for applause, which built up a thick and terrible tension.

I have spent a lot of time in the city because I went on tour with a great drummer (Dani Buncher of Big Hurry) and went out on weekends to rehearse for a while. I don’t understand it, but I like it quite a bit. It’s also the city in which I first watched the music video for “Honky Tonk Badonkadonk”, so I’ll always have that association deep in my heart.

Thanks Jenny. I have to say, the love goes deep for my girl Dani on this here blog. Wait, that didn’t sound gross did it?