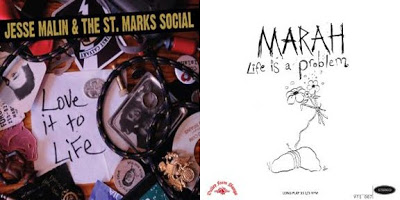 I am changing up my year end posts over the next few weeks by spotlighting some terrific albums that were released this year and might have been overshadowed by the seemingly endless Arcade Fire, Kanye and Nationals praise that might be cluttering up others’ lists. These albums deserve just as much attention and what better to focus on them by having the artists reflect on their influences?

We start with a double shot from Jesse and Dave, who’s albums ‘Love it to Life’ and ‘Life is a Problem‘ just prove that guys haven’t missed a beat in the many years they having been rocking us out. As a bonus for Pittsburghers, both bands play here frequently and for the first time they share a bill Thursday night that brings them to the cozy confines of Club Cafe. The guys were incredibly cool enough to begin what I like to call the HughShows 2010 Year End Advent First/Last Calendar of love! Well, maybe not…