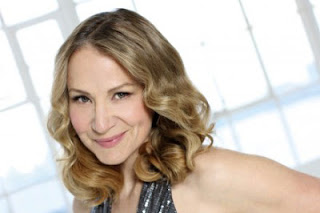 “I knew when the time was right and my voice was ready, I wanted to make a recording like this one,” says Joan Osborne.
That recording is Bring It on Home, a collection of vintage blues, R&B and soul songs that make up the seventh album from the Grammy-nominated, multi-platinum artist. It’s an apt title—for Osborne, Home marks a return to her musical roots. “I cut my teeth in New York blues clubs singing songs like this,” she remembers. “I’d do three or four one-hour sets per night. That’s where I really learned to sing.”

Despite her long history with the music, it was only recently that the singer felt like she was ready to put some of those standards on record. “There’s a texture and richness to these songs that singers don’t have right away, that I didn’t have when I started out,” she says. “But the more I’ve done this, the more tone and depth I’ve developed. This was the time.”

I have been a fan of Joan Osborne since her breakout album “Relish” was released in 1995. I have seen her play twice and her shows are always a blast. She kicks off Hartwood Acres free concert season tonight and Joan was nice enough to participate in this edition of First/Last.

Hmm….let’s see…well there were two of them. One was the Eagles’ “Greatest Hits”. I bought it when I was 13 with my babysitting money. The other was a Cher record, the one with the cover where she’s wearing a beautiful Indian headdress. She looked so incredibly gorgeous and I was very impressed with her at that age.

“Black Radio” by the Robert Glasper Experiment. My friend, Meshell Ndegeocello is on it, so I went out and bought that one.

Oh gosh, that’s a tough one. I can only choose just one? B.B. King’s “Live in Cook County Jail”.

I think I was 11 and I went to see Bill Monroe and the Bluegrass Boys. They used to give free concerts down in a park right on the banks of the Ohio river in Louisville, which is near where I grew up, and we went to see them there.

We just did a festival out in California and Los Lobos were on the bill, so I got to stand on the side of the stage and watch them during their set. They are so good, what they do speaks to this whole huge population here in America. They are great writers. What they do is so unique and they are such great musicians, all of them. We really should start a campaign to get them into the Rock and Roll Hall of Fame.

It’s so hard to choose. Um, oh man, maybe Stevie Wonder. He did a concert in Philadelphia about four years ago and he hadn’t been touring in a long time and we saw him and just the musicality was stunning and he was really funny and warm onstage and sings just the way he did when he was younger. It was intense.

I remember being surprised at how beautiful it is. Its reputation is that it’s a steel town, a very industrial place but when you arrive it’s nestled in this beautiful setting amongst rivers and mountains. When I’ve played shows there, the audience is great. Everyone is really into it and comes ready to have fun. It’s great, I always have a warm, wonderful audience in Pittsburgh.

Thanks, Joan. I am so glad you are ‘back’! Not that you were away at all. I have really been a big fan of your stuff all these years.