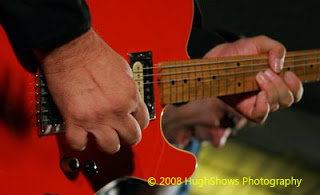 “In a better world, Joe Grushecky would live in a mansion down the road from Springsteen’s. Instead, this enormous talent spends his days teaching some of western Pennsylvania’s most troubled children….Who do you know who has made back-to-backgreat albums more than 20 years ago, and is doing the same thing now. There’s Dylan, Lucinda Williams, Neil Young, Springsteen, maybe a few more. He’s on that level.”

Thank goodness for Pittsburgh, it’s not a ‘better world’. Nothing says the Steel City like a free outdoor Summer gig with Joe & his band. Even though he’s been kicking around for years, I have pitifully only recently discovered just how much fun one of his concerts can be. Better late than never. Find out for yourself tonight at South Park. My thanks to Joe for taking the time to participate in this edition of First/Last.

Thanks, Joe. I am with you on that Soldiers and Sailors gig. Incredible! As a fan, I sincerely say thank you.