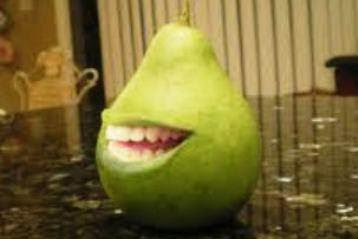 This local duo describes it’s sound as ‘minimalistic Amish blues’. Nice. You can catch them tonight playing with Cleveland’s Mr. Gnome and School Of Athens. Joey Troupe plays guitar and sings and was cool enough to participate in this edition of First/Last.

The first album I ever bought with my own money was Pearl Jam – Ten on cassette from Ames department store in Punxsutawney, PA around 1992 or 1993. I was only about 8 years old at the time but I loved the Jeremy music video on MTV. I wish I still had that cassette.

I came home from my last trip to Paul’s in Bloomfield with The Walkmen’s new album Lisbon, The Band – Music from the Big Pink, and Big Boi’s new solo album Sir Lucious Left Food, all on vinyl.

In hindsight, it seems like I should have seen it coming because its hard to imagine it any other way. But a few years ago when I bought Kings of Leon’s newest album, Only by the Night, I had no idea what they were becoming or had become. I played their debut album Youth and Young Manhood hundreds of times over the years, and although I liked each of their subsequent albums slightly less, I was totally let down by the transition they had made on the newest album.

The last show I went to was Broken Social Scene at the Byham.

I saw Pearl Jam at Mellon Arena in 2006 with my dad, and it was great to relive all of those classic songs with him. They played for 3+ hours and put on a fantastic show. It was only a few weeks before my 21st birthday and the All-Star game at PNC Park, so it was a pretty good time for me and for Pittsburgh. I’ve also had some great memories at Lollapalooza over the years seeing Radiohead, Rage Against the Machine, The Strokes, Arcade Fire and 100s of other bands.

I’ve actually seen Van Halen twice, which is odd because I’m not a big fan of their music. To think Van Halen is being mentioned twice in a conversation about my musical taste is actually a little disturbing. The first one was my first concert, so I remember it fondly for that reason. The second time I was given free tickets to see them with David Lee Roth back in the mix. It was just kinda’ sad. I also once saw Nas and did not enjoy it at all.

I love Pittsburgh and I’m proud to be from Pittsburgh. I think there is a lot to like about this town. When you come back to Pittsburgh from a visit to New York City or Chicago or LA it really feels like such a small town, but despite being small in area there is so much to offer from a cultural perspective. The music scene is small but growing, and its a great time to be a part of it. There are some nice venues and some amazing record stores. I think Pittsburgh is on the rise and with all the bright people and creative minds there is a promising future ahead.

Thanks Joey. So what’s the deal with this Van Halen fixation? I kid. I also have to say that several people I know have experienced a letdown from Kings of Leon as they put out more albums but you wouldn’t know by how big they have become now would you?