First/Last-Joseph Stocker of Son of the Sun 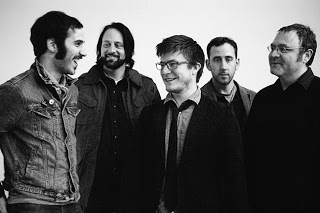 This band from Buffalo are playing the Moose this week previewing material from their July 26th EP release, Almost Not There. Guitarist/Keyboardist Joseph Stocker was cool enough to participate in this edition of First/Last.

Thanks Joseph. I haven’t been to Buffalo in ages. Have to get back there to check out the Albright-Knox.