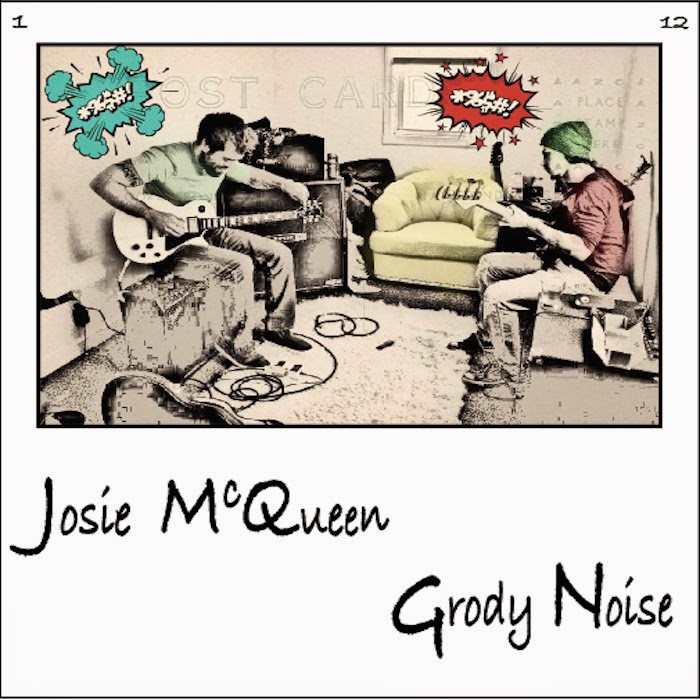 “A melodic alternative rock machine with a punk rock engine.”

Josie McQueen is an alt-rock duo from Pittsburgh who’s second EP this year, “Grody Noise” was just released. If you dig Cage The Elephant, Foo Fighters, Arctic Monkeys, The Bravery and OK Go, give these dudes a spin as I thank Aaron Duda (Bass/Lead Vocals) and Jesse Weygandt (Guitar/Backing Vocals) for taking the time to participate in this edition of First/Last.

Aaron Duda: The first album I ever owned was Sum 41 “Does This look Infected?” when I was eleven. My parents actually got it for me for Easter.

Jesse Weygandt: I bought Cheap Trick’s “Greatest Hits” when I was thirteen.

Aaron: Foo Fighters “Wasting Light.” I don’t know of any album that is as musically impressive and emotionally powerful from start to finish.

Jesse: Desaparecidos “Read Music Speak Spanish.” It was one of the first albums that really grabbed me by the bones and rattled.

Aaron: Any U2 album. They are never worth the hype or the attention. I’ve never bought one, but the new one was forced upon me via iPhone and I wasn’t impressed.

Jesse: Besides Bono?…. Probably this vinyl my mother bought me years ago by New Found Glory called “Nothing New Can Stay”… I wouldn’t wish that noise on anyone.

Aaron: I’m sure it was a Clarks show.

Jesse: At fourteen I saw Tom Petty and the Heartbreakers with The Allman Brothers Band at Post Gazette Pavilion.

Aaron: Foo Fighters at Consol Energy Center. Rise Against opened. It was an amazing night, and both bands were fantastic. Interestingly, The Bronx opened the show as a mariachi band.

Jesse: Might be Streetlight Manifesto when I was a teenager. The fans were broken during the dog days so it was just a big sweaty skank fest. Pick it up!

Aaron: I actually got free tickets to see Usher once. We left half way through his set.

Jesse: Probably the Creed concert I went to. Not my bag but a friend had free tickets… so I tagged along and got beat up by a lady ogre in the parking lot.

Aaron: My favorite experiences with the band in Pittsburgh have been packing a tight space with sweaty bodies and banging our heads and spilling our drinks and having a great time.

Jesse: Things seldom work out for us in Pittsburgh… So the times that we’ve had that special electric thing happening between us and the crowd are extra special.

Thanks, guys. Bravo for putting out all this music at this pace. Keep it up and please don’t give up on Pittsburgh just yet. You are the real deal… we just might be a little slow to catch on.