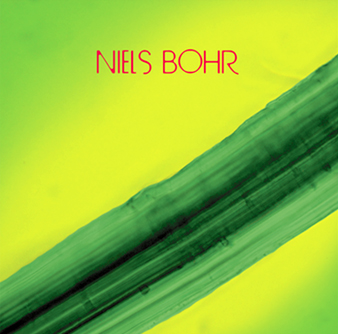 “Justin Endler lives in Pittsburgh, Pennsylvania. He can be found creating and performing music, creating software, and riding bikes around town.”

Justin Endler is a singer-songwriter from Pittsburgh who is nearing the end of his KickStarter campaign this week (Sunday 11/15) launched to help produce a full length entitled Secret Music. As we rally around to push Justin over the edge I want to thank him for taking the time to participate in this edition of First/Last.

The first tape I ever bought was the Beach Boys Surf’s Up and the first CD was Superunknown by Soundgarden.

Gemini by Cursive. After only learning about them a couple years ago, I’ve been enduring a Cursive revolution in my life ever since. Can’t stop listening to Gemini and Mama, I’m Swollen.

This changes daily for me, and there are a bunch that I revisit for long periods of time. Pony Express Record by Shudder to Think is one I have to play for a month or two every time I take it out.

There’s only so much time for Peter Gabriel to write and record his excellent music for us, so why does he have to waste time with boring arrangements of other people’s great songs on Scratch My Back? Didn’t like the idea when I heard about it and didn’t like the results when I listened to it.

Rush – Test for Echo tour at Star Lake Amphitheatre with my dad in 1997. This was the first of three times I’ve seen Rush, which is like 20 less times than all the other father/son pairs at the average Rush show.

Ghost Guts, The Mad Doctors, and The Shit Boys at Howlers Coyote Cafe. All these bands did a good show and Ghost Guts is local so I recommend seeing them anytime you can.

Deerhoof at The Andy Warhol Museum in 2013. They sounded soooooo good that night.

Deerhoof at The Rex Theatre in 2014. They sounded bad, and I thought they were going to sound good.

I have some specific things that describe Pittsburgh for me over the years: a couple trails I bike in Frick Park, seeing Dave Bazan play “Second Best” at Brillobox, seeing Dillinger Escape Plan at The World, doing pickle shots at Sonny’s in Bloomfield, getting married at Renshaw Farms. Pittsburgh is tough to explain to others because I’m still trying to explain it to myself, but I have a long list of things like that that begin to paint a picture.

Thanks, Justin. I think this is a first in that your fave and least fave concert involved the same band! I am surprised no one felt that way before now.