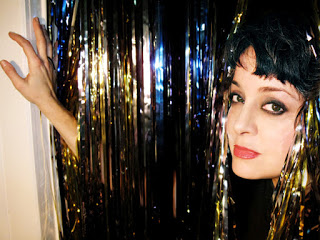 “Anti- Records is proud to announce the release of Kelly Hogan’s extraordinary new solo album I Like To Keep Myself In Pain. This Atlanta native is a beloved figure throughout the contemporary music landscape, and a multi-faceted artist whose warm southern persona and powerful voice have left their mark on countless recordings and live performances. She was recently touted “a national treasure” by colleague, friend, and former Chicago neighbor, Andrew Bird, while acclaimed singer-songwriter M. Ward simply states, “Kelly Hogan rules.”

Kelly returns to Pittsburgh tonight at Smalls sharing the bill with Neko Case. My thanks to her for taking the time to participate in this edtion of First/Last.

Thanks, Kelly. As the proud owner of all your albums, I am really looking forward to your set. BTW, Pittsburgh LOVES you back!