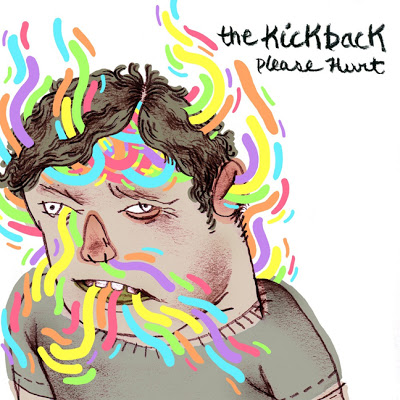 “Familiarizing oneself to The Kickback may seem like an exercise in confronting consistent sets of seemingly opposing ideas: A band that prides itself on its love of Muppet Christmas specials and youthful naiveté but has no problem admitting to a paralyzing fear of death and decline. The group seems to strive for brutal honesty, all-the-while realizing they’re a pop band playing pop music. Even the membership of the group itself may seem odd: one-half brothers from South Dakota, one-half Chicago transplants from Washington D.C. and Mexico.”

Check out the band on Facebook, Tumblr, BandCamp and Twitter. You can preorder their latest deep violet vinyl 7″, ‘Please Hurt‘ at Instorerecordings. My coverage of the Paste 50 States Project takes us to Chicago via South Dakota with The Kickback. I want to thank the brothers Yost, Bill (Guitar/Keys/Vocals) and Danny (Drums/Programming), for taking the time to participate in this edition of First/Last.

Thanks, fellas. Such a bummer Pittsburgh memory. I don’t blame you for feeling that way at all after all that went down. Hopefully you come back and can somewhat erase your feelings towards here.