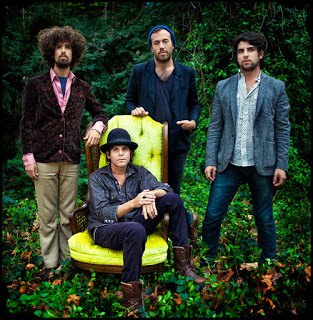 “There is nothing like the challenges and camaraderie of the road to inspire a songwriter who thrives upon the emotional energy and exhilaration only travel can deliver. Some singers are devoted to the pursuit of perpetual motion, and Langhorne Slim releases his wild soul in ways that come out of the discipline of live performance. The 13 songs that compose Langhorne Slim & The Law’s new The Way We Move are road-tested, rollicking and very rock ‘n’ rolling tunes that the songwriter perfected with his loyal band, and come out of the kind of good times and bad experiences that songwriters of Langhorne’s lofty stature can turn into life-affirming rock ‘n’ roll. You could also call what Langhorne Slim does folk music, but then there’s his sly, charming and open-hearted feel for pop music—those summertime melodies that nudge you into a grin even when the song is about something bad.”

My thanks to Sean Scolnick for participating in this edition of First/Last.

Thanks, Sean. Red Rocks is definitely a bucket list venue to see a show.