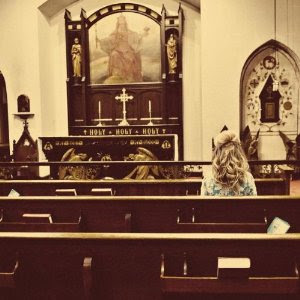 This was one of my absolute favorite releases from last year. With the intention of making a debut record that sounded like ‘Neil Young doing Motown’, songwriter Laura Burhemm formed The Mynabirds. You can check out some NPR love here as well as some Daytrotter goodness here. Currently on tour with label mates Bright Eyes (which hopefully has her hitting Pittsburgh soon), Laura was cool enough to participate in this “70th Platinum Anniversary” edition of First/Last Friday.

The first cassette tapes I remember asking my parents to buy me were the Monkees (I was in love with Davy Jones from those Monkees show reruns on TBS) and the Beach Boys. The first CD I ever bought for myself with my own money was Pearl Jam’s “Vs”.

Harry Nilsson’s “Nilsson Schmilsson” and the album that John Lennon produced for him, “Pussy Cats”. Such an amazing talent, that Harry Nilsson. I’ve been obsessed with him recently — watched the documentary, can’t stop watching clips from “Points” on YouTube.

Not sure I have a good answer for this one. Probably most of those incredibly popular, top 40 albums that sell millions, but mean absolutely nothing. Shiny pop records with zero substance that supposedly define our “culture”. I find those incredibly disappointing. That the albums exist aren’t as depressing as the fact that millions of people buy them and they become a whole generation’s vapid anthem. The thought of legions of little girls knowing and singing all the words to Katy Perry’s “California Gurls” makes me nauseous. They’ll “melt your popsicle”!? Gross.

The Temptations. I was seven and am mad to this day that I didn’t run up onstage to sing “My Girl” with them when they asked for audience participation.

It’s a tie between the Flaming Lips and Al Green. I think that nearly sums up my musical tastes overall.

I got free tickets to see a band whose name I can’t remember when I was in college at the 9:30 Club in DC. They had a top 40 hit that was pretty catchy. But live, they just didn’t deliver. And it was clear that everyone in the room thought the same thing. So the audience talked and got drunk while the band struggled to get their attention for an hour. It was painful.

My dad’s side of the family is from just outside of Pittsburgh, so I’ve spent a good deal of time there. Sadly I’ve only ever played one show there (with Georgie James). I need to get back soon. There are some really amazing things in Pittsburgh, for sure. The Warhol Museum, Jerry’s Records, and some of my favorite people (and sometimes collaborators) Black Moth Super Rainbow and TOBACCO.

Thanks Laura. I am totally with you on that Nilsson kick. He was amazing. Can’t wait till your next family reunion brings through the ‘burgh again!