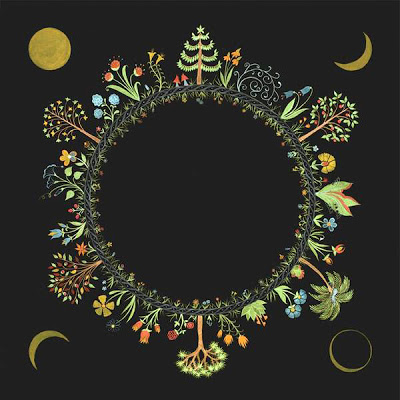 “Some day in the not too distant future, America will dip its corners deeper into the ocean, the waves ever grinding at its shores as tectonic plates shift and sink. The effect of melting icecaps on the beaches of her native Long Island is one of the triggers for Laura Stevenson’s worrying mind, as she struggles with the overwhelming notions of an infinite universe and the imminence of her own death. Obsessive musings on these subjects has led her to describe herself as an “unfunny Woody Allen,” though friends and fans might disagree, finding plenty of humor in her introspective and self-deprecating nature. The repetition of these existential questions is the driving force behind Wheel, an album brimming with life and death in the
desperate search for what keeps us turning in the face of doubt, an exercise in coming to terms with the overwhelming beauty that can be found in the lack of an answer.”

Check Laura out at her official Website, Facebook, Twitter and Instagram. Her latest album, “Wheel“, is now out on Don Giovanni Records. She stops in Pittsburgh tomorrow night at with special guests Field Mouse and The Homeless Gospel Choir. My thanks to Laura for taking a few minutes to participate in this edition of First/Last.

Nirvana’s “In Utero”. I was in 5th grade. I walked to this music store/headshop called “Prime Cuts” and bought the tape with money I’d saved. It was the only album I owned for that entire year. Until I got “Dookie”.

Oh-this one is weird. I bought a record that features a young Shirley Temple reading Disney’s “Bambi.”

“Comes a Time” by Neil Young.

Oy-not sure. Probably one of the “NOW” compilations.

The Grateful Dead. I was a one year-old.

I went to see Swans at Bowery Ballroom in NYC. It was pretty intense.

I went to see The Strokes and The White Stripes when I was in high school. That was at Bowery as well. It was awesome to see both of them in such a small room. My friend and I bought fake tickets from a jerk up the block from the venue and we were heartbroken but then Albert Hammond Jr. saw us freaking out and he put us on the guestlist AND gave us VIP so we were up in the balcony with all the people with the little jean jackets and the hairdos. It was cool- before that I had only been to big concerts like The Dead or punk shows in VFW halls on Long Island.

I went to a Dave Matthews Band show once. As a young Long Islander that was like, a rite of passage. The audience was full of fratty/sorority folks so it was not my scene but my friends were all going so I went. Anyway, everyone was making fun of Macy Gray, who opened the show. I thought she was the best part.

When we come to town we usually play at 222 Ormsby. The people that live there are cool as hell.

Thanks, Laura. 222 Ormsby is one of the few venues I haven’t been to yet. I have to rectify that this Summer for sure.